Was Redhaven of Dorylaeum 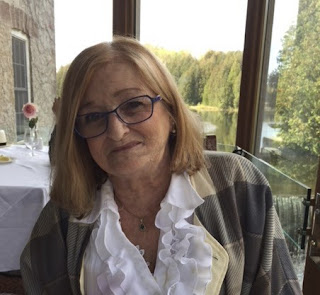 Born in the city of Toronto, on May 31, 1947, Linda passed peacefully at Toronto General Hospital, surrounded by her family on December 9th, 2022.
Survived by her husband and partner of 54 years, Ron, their daughters, Laurie and Sue-Ellen, grandchildren Ryan, Evan, Mia, and Alex, great granddaughter, Hannah, and sister-in-law, Linda Cottrell.
Predeceased by her brother John Cottrell, mother Gladys Cottrell, and in-laws Len and Kay Kalusik.
A tireless worker, she strived continuously to better herself. Beginning her career as a "secretary" and moving through numerous purchasing and HR positions, serving a term as President of the Personnel Association of Ontario, and retired from the City of Brampton as the HR Systems Coordinator.
Linda enjoyed life to the fullest. Interests included gardening, baking, cooking, baseball, golf and, medieval history.
She played ladies' fastball in Rexdale and Orangeville. Later, ladies and mixed Slo-Pitch and 3 pitch in Orangeville and in tournaments throughout southern Ontario. Linda's love of medieval period history led her to membership in the Society for Creative Anachronism (SCA). Known to her peers as the Honourable Mistress Baroness Rachael Catherine McClellan. A title earned through service, mastery of illumination, and calligraphy. In addition to those achievements, early on she participated in mock "Battles" full armor and all. That was tempered by her full commitment to maintaining period dress (Elizabethan) at all SCA functions.
A private funeral and internment have been held. A Celebration of Life is planned for the spring, Linda's favorite time of year. Donations may be made to the Toronto General Hospital Ajmera Transplant Centre, https://uhnfoundation.ca/programs/transplant/

Peacefully, at the Ottawa General Hospital, having met the challenges of kidney disease and diabetes for many years with good spirit. Predeceased by his father, Thomas, Steve will be missed by his mother Joan and his brother Christopher, and by his many friends. Memorial to be held in Ottawa, Spring of 2023. In lieu of flowers, donations to Diabetes Canada or to the Kidney Foundation would be appreciated. 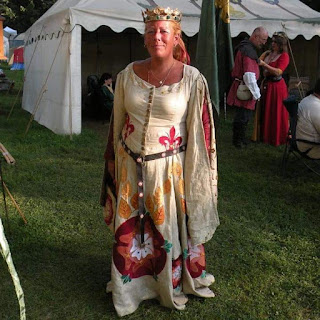