The Bomticc Tapestry is a Bayeaux Tapestry style history of the Society, created by Lady Jadwiga Wlodzislawska as part of the SCA's upcoming 50th anniversary. She has given me permission to share some of the panels that deal with Ealdormere. 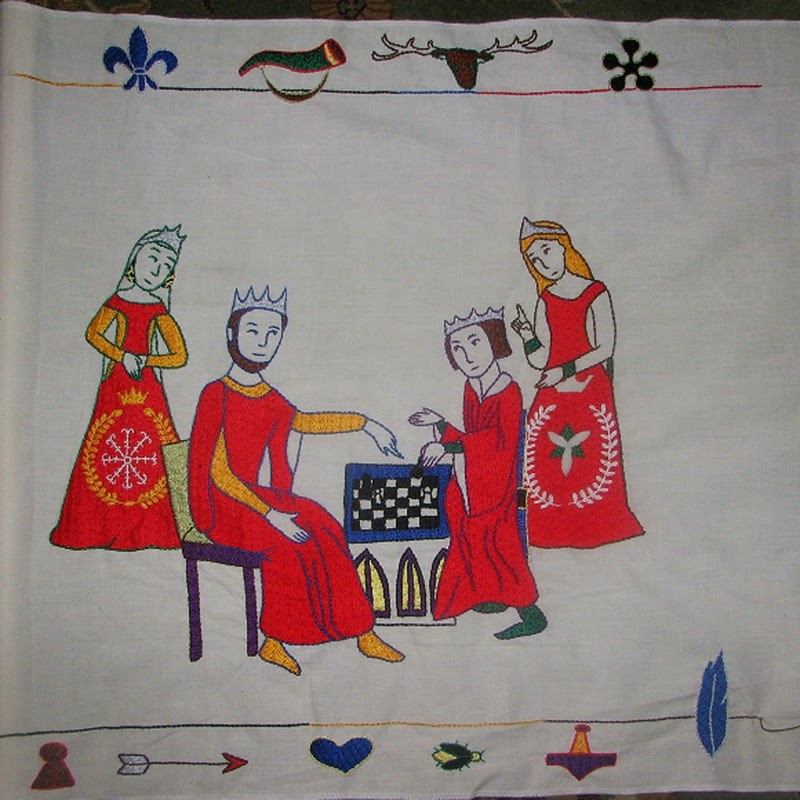 AS 24: The dragon's second son - the Principality of Ealdomere was born.  The name meaning "noble and ancient lakes".   David Martin Failsworth the first prince, Tangwystl Siwan Failsworth his princess. 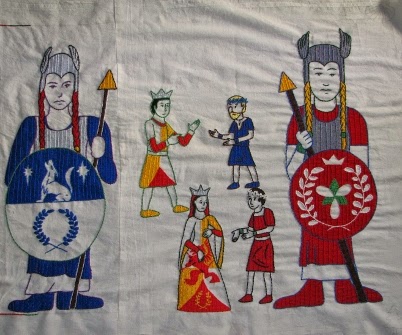 Year 31: In the principality of Ealdomere, Elizabeth Mortimer faced down her lord Menken Brechen in the final tourney and became the first princess of Ealdomere by her own hand.  She stands as the Valkryie on the right. 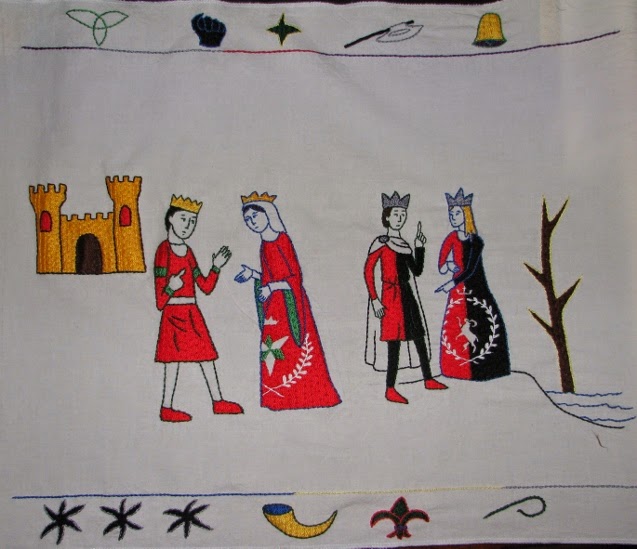 Year 33: The Principality of Ealdomere is raised to that of kingdom with David Martin Failsworth the first king, Elina de Braose his queen.  David attained for himself the rare honor of both first prince and first king. 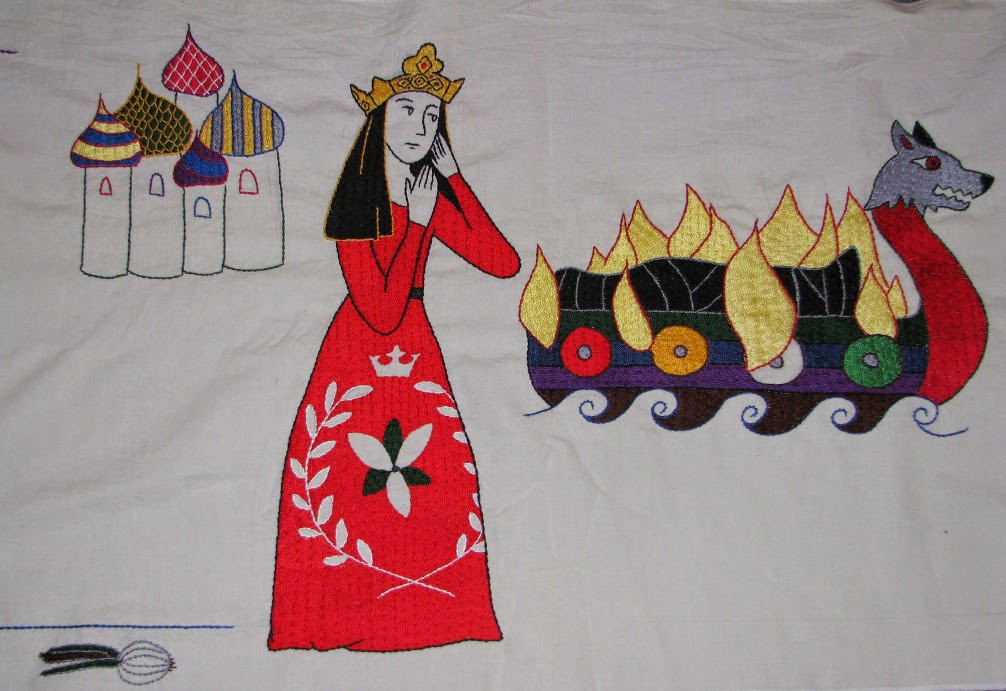